Thursday at noon, I head to JFK to fly to New Orleans where I spend two weeks covering all things Jazz Fest. It’s my one “working vacation” of the year. A time away from the family when although I am eating, dancing and smiling ear to ear, I am making images of musicians on stage and off every day, all day and all night.

But before I could fly down to the Big Easy, I had to take care of a few more of my local up and coming “Rockstars.” From 3pm on Friday when I met Ayelet and her parents in Soho at The Arlo Hotel to do her pre-Bat Mitzvah photo shoot through Sunday at 3pm when I left Madison on the hood of a yellow cab on the corner of 72nd Street and Third Avenue, I captured three young women with one thing in common: Bat Mitzvahs!

Ayelet is the friend of Chloe. Chloe is the daughter of good friends of mine. And Saturday was her Bat Mitzvah. Before I could get ready for a full day with Chloe at Temple and her party, I went downtown on Friday to work on making images with Ayelet she could use for her party in June. Her mom was hoping we would shoot them on the roof of the hotel. But I had warned her in advance that wind and bright sunlight could be factors. They were. I immediately pulled the plug on that idea and told them not to worry. Trust in me and I will make something happen. We headed for the side streets near the hotel. But not before making use of a simple plain charcoal gray wall in the hotel with wonderful natural light. From there we hit the streets. And I do mean hit the streets! 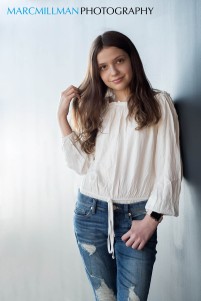 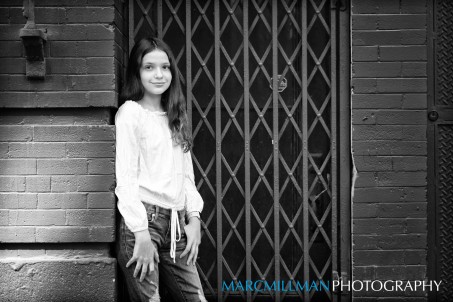 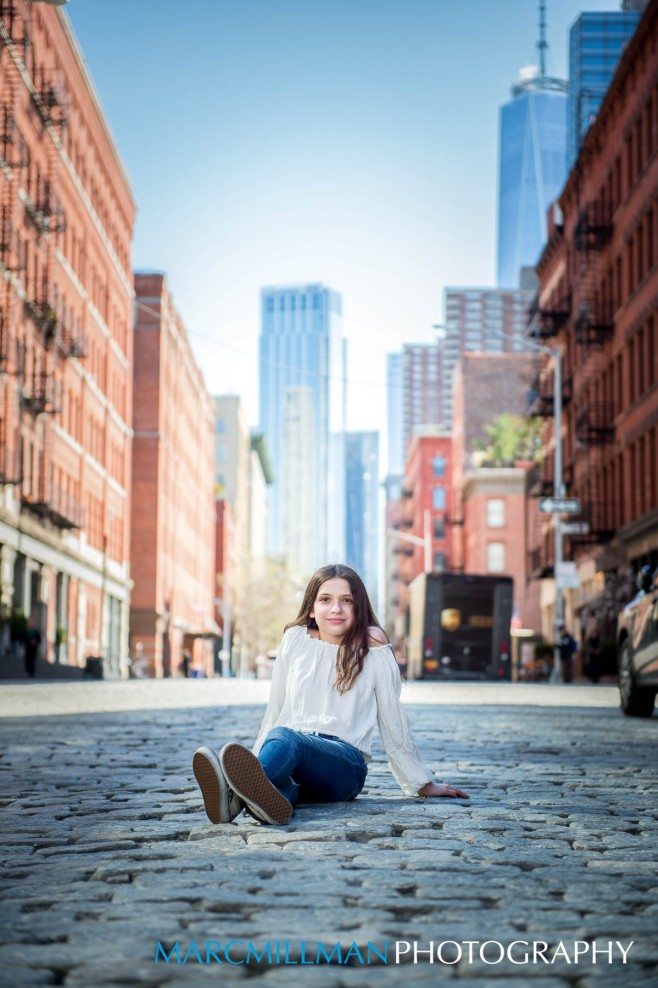 Saturday morning, I met Chloe and her family at The Village Temple for some images of her reading the Torah before her service and family portraits at the temple. After a little under an hour, I left them to enjoy their big morning. When I next caught up with them, it was the evening and we were on the edge of the meatpacking district in what was once the famous Nell’s nightclub. The Up/Down was transformed into a shimmering party of silver and gold for Chloe’s family and friends to party on a Saturday night in New York City. And they even got to enjoy a famous Black Tap milkshake to end the night! 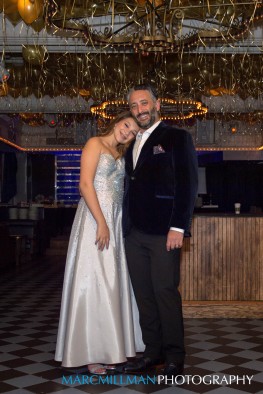 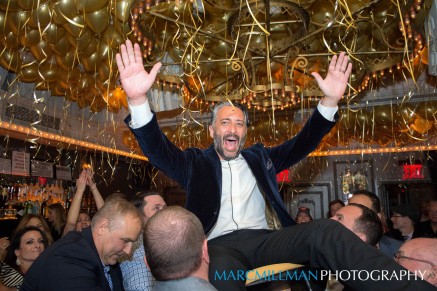 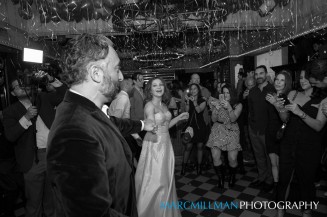 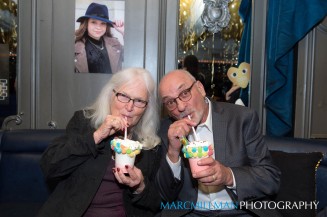 With only a few hours’ sleep, I was up and out yesterday to meet Madison and her mom to work on her portraits. Of course, nobody considered that it was the Greek Independence Day Parade AND Earth Day and she wanted to shoot on Madison Avenue and in Central Park. But most important of all, she wanted to make a taxi image. Once they finally found a place to park, we scuttled over to the corner of 69th Street and Madison Avenue to make an image with the street signs (her Bat Mitzvah is on June 9th…6/9). An important factor on these shoots that I always try to explain to the parents is the position of the sun in the sky. If it’s not a cloudy day, then you really need early morning or late afternoon in order to get that great “Golden Hour” sunlight. This allows for softer skin tones, no harsh shadows or blown out areas in a photo. And Noon on the City streets was not giving us anything close to that. I convinced them to let me walk them into Central Park where I knew we could work with some of the architecture (I simply love the many wonderful and unique arches around the park as well as the trees and flowers that have finally started to bloom after the longest winter in recent memory). And although I was a bit worried about the strong midday sunlight hitting the city streets, as we walked them back East towards their car, we got Madison her New York City yellow cab image. 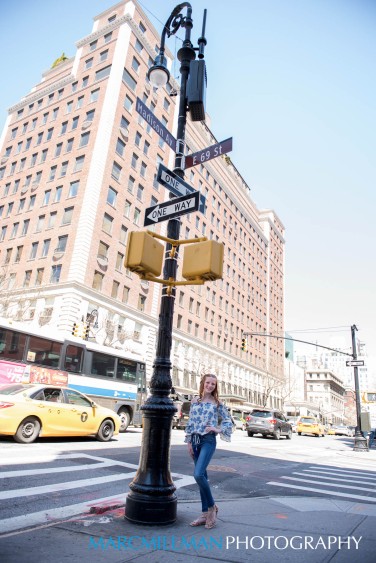 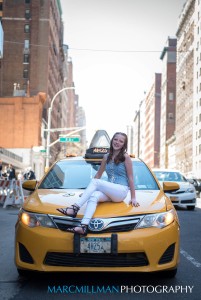 All of that in two days. Not bad. Now it’s time for one final concert tonight with my friend Aaron Comess of Spin Doctors’ fame featuring a few great special guests in singers Joan Osborne And James Maddock at The Blue Note and then it’s time to pack up and head to the land of brass bands and po’ boy sandwiches! Remember, my motto is “Anyone Can Be a Rockstar.” If you have some young ones who you want to make some great images of, please feel free to reach out.